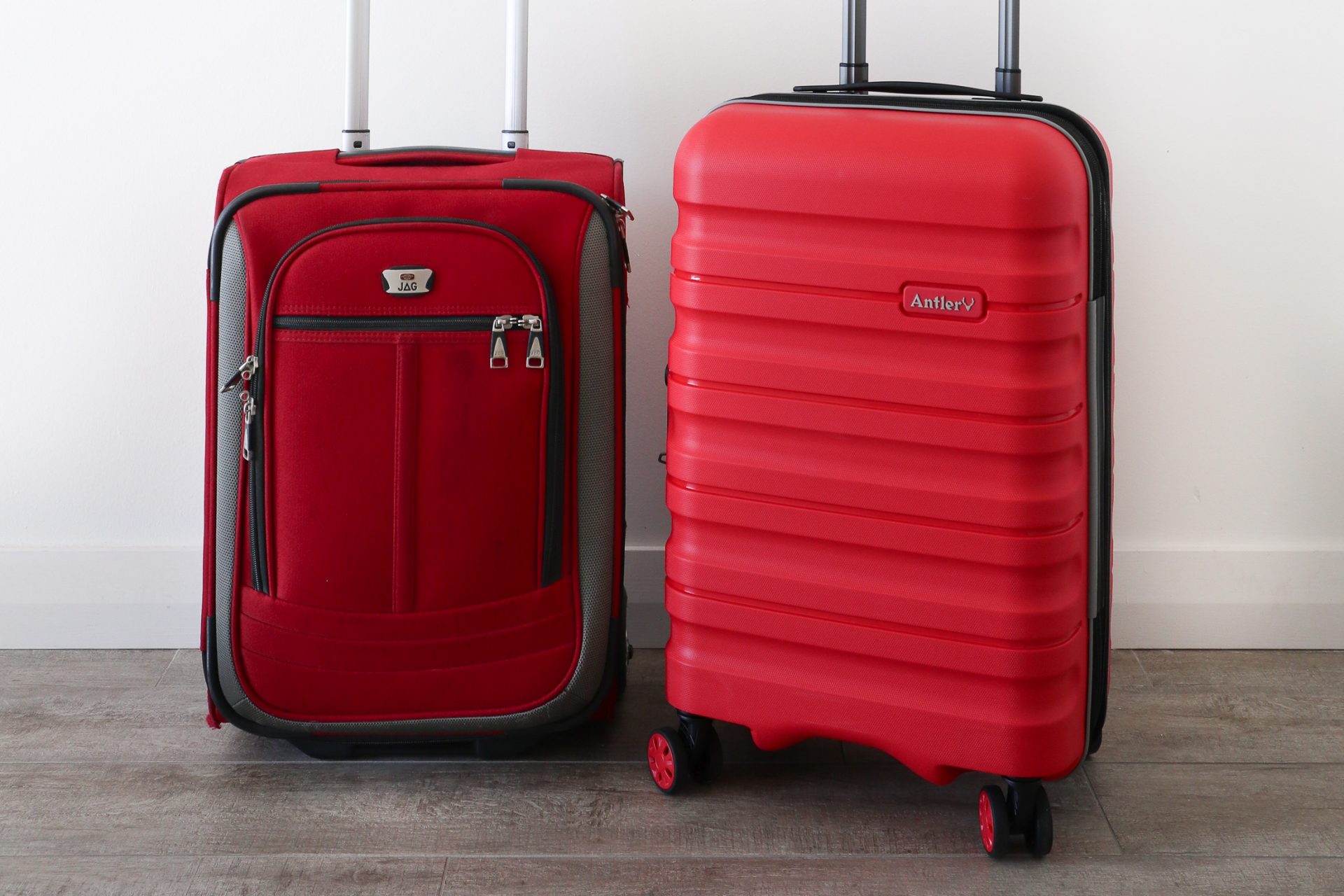 The carry-on dilemma: Which suitcase should you buy?

I was traipsing through Bangkok Airport before my flight back to Sydney when the wheel of my carry-on suitcase broke.

When I’d first arrived in Bangkok 6 days earlier, I’d noticed the rubber casing on the wheel had started to come off. I didn’t think it was a big deal, so I’d continued to use my suitcase for the rest of the trip. I’m not one to throw something out when it breaks – I planned on fixing it up with some glue once I got back home.

Now though, continued use had become impossible. The rubber had completely disintegrated, with chunks flying off the metal wheel. As I rolled the suitcase along the smooth airport floor, the bumps I felt through the handlebar were accompanied by annoying thumping noises which repeated with each rotation of the damaged wheel.

This carry-on suitcase had been my trusty companion for many years of international travel. I’ll admit, I was a little heartbroken that it had finally kicked the dust. I’d bought it back in the days that I worked as a travel agent and it had been all over the world with me in the 8 or 9 years since.

I flew back to Sydney then emptied out my little red suitcase for the last time.

Rob and I had shared the use of this suitcase for our respective business trips, and he was due to attend a conference in Serbia in less than 2 weeks time. We needed a new suitcase, stat. The two of us ventured into the depths of a department store and sought out the luggage section to stake out our options.

My old red suitcase had been a soft shell suitcase by JAG (who I discovered have ceased to make luggage!). My thoughts were to replace it with something similar, but the soft shell suitcases in the store weren’t particularly appealing – they mostly came in bland colours like black, grey, or navy. I wanted some bright and colourful suitcases to match my personal style.

The hard shell suitcases came in a much greater variety of colours. Rob spotted one by Antler that was a good carry-on size and came in a lovely teal-green. As he was opening it up to look inside, I spotted a red version of the same suitcase. AND they were on special with a 40% discount.

We walked out of there with brand new matching his-and-hers suitcases – mine in red and his in green.

We’ve now both had the opportunity to test our new suitcases. I’ve put together this comparison of soft shell vs hard shell carry-on suitcases just in case you’re wondering which one to buy!

So, which is better? Hard shell or soft shell?

I have enjoyed using a soft shell suitcase for many years, but I’m also excited to be using a hard shell suitcase from now on. I plan to cover it in stickers from the places I visit as a way of collecting minimalist souvenirs.

It’s hard to say whether one option is definitively better than the other, though it seems like the hard shell might have slightly more pros than the soft shell. It really is just a matter of personal choice, and for me, the choice was swayed significantly by the colour options! 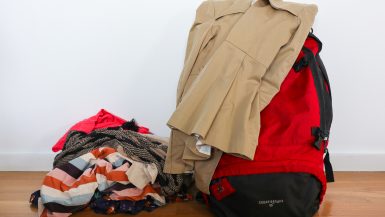 How to squeeze your entire life into a backpack 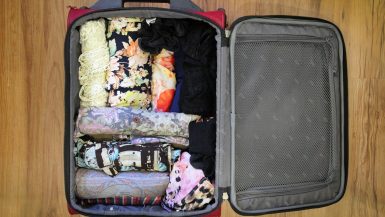 The art of packing lightly: How to fit a week in a carry on bag