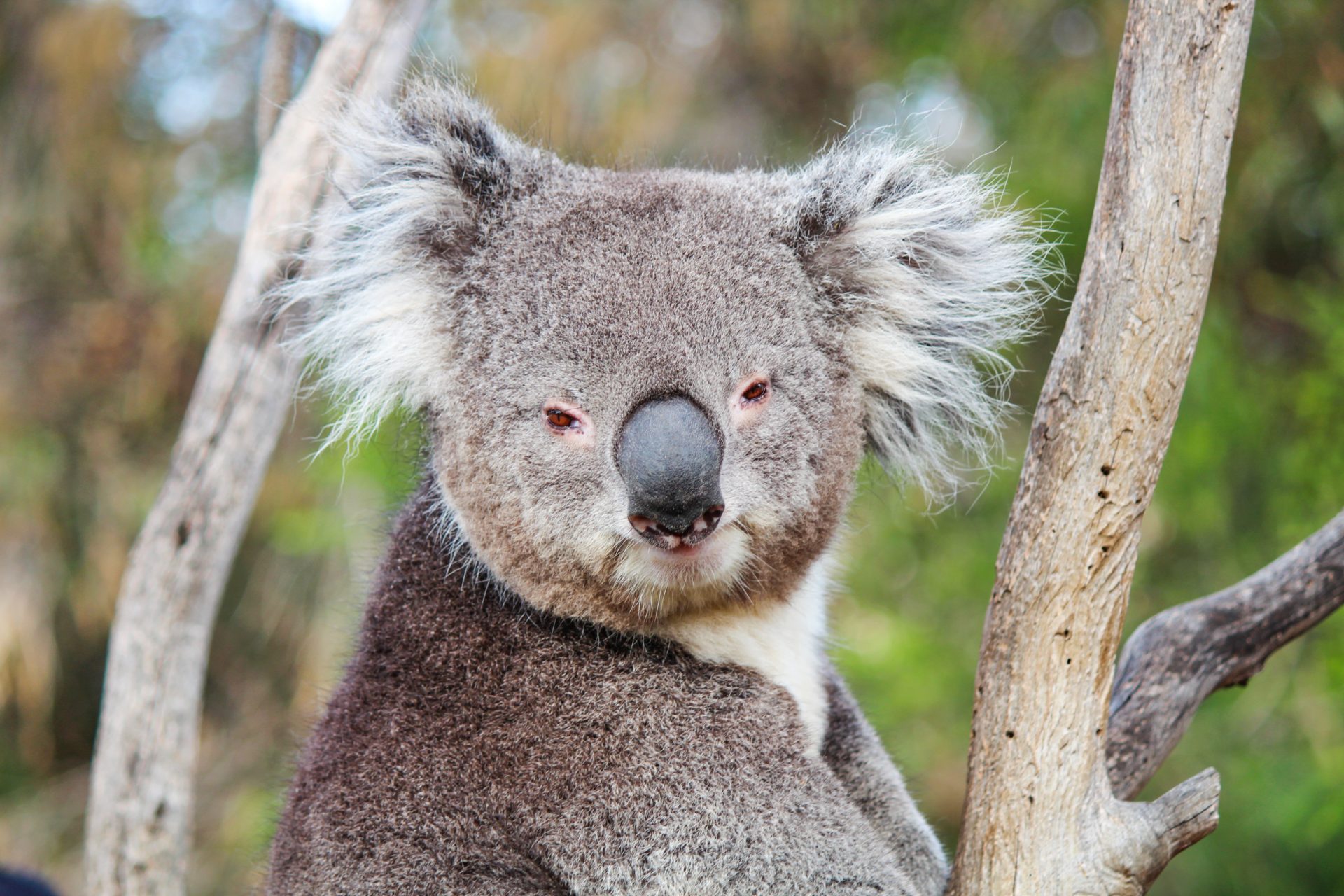 Awesome Australian animals and where to find them

What’s the first thing you think of when you visualise Australia?

My guess is that, aside from the freakin’ amazing beaches, it’s the animals that pop into your head. Australia is known for its wildlife, which can range from deathly and dangerous to sweet and adorable.

I usually try to avoid animals in tourism because I just don’t know how they’ve been treated in captivity, but in Australia there are plenty of places where you can see the local animals without going to a zoo.

Of course, the best way is to see them in their natural habitats, but you can also visit one of the country’s many wildlife sanctuaries, many of which rescue injured wildlife and have breeding programs for endangered species. Here’s a video I made of some adorable Aussie animals at sanctuary in Tasmania!

So, if you want to see some of these awesome Australian animals when you’re in the land down under and prefer not to see them in a zoo, here’s where you can find them! At the end of the post, I’ll list a bunch of wildlife sanctuaries for you to check out.

Let’s start with the one animal that every wants to see when they come to Australia… koalas! I’ve never been lucky enough to see one in the wild, but I know of a few people who have.

I know how much you are absolutely dying to cuddle a koala, but there’s a few things to know about this experience before you try it. First, you can only hold a koala in the state of Queensland (though you are still able to pat them in other states). Second, the ethics of cuddling a koala is debatable as this is not the animal’s natural environment, though the practice is strictly monitored and each koala is restricted to around 30 minutes of interaction with tourists a day.

Where to see them: To see koalas in the wild, head to Magnetic Island off the coast of Queensland. You should probably stay there a few nights to increase your chances of seeing one (there’s even a hostel on the island for budget travellers).

If you can’t get to Magnetic Island, there are some wildlife sanctuaries that specialise in koalas – try the Phillip Island Koala Conservation Centre south of Melbourne, or Kuranda Koala Gardens near Cairns.

In a popularity contest, I’m not sure whether koalas or kangaroos would come out on top. Kangaroos are very common in Australia, and wallabies (kind of a smaller version of a kangaroo) are just as common. I’ve seen a fair few wild kangaroos and wallabies in New South Wales, Queensland, and Tasmania.

Where to see them: You can find kangaroos and wallabies if you head outside of the cities to the countryside or the outback. Kangaroo Island in South Australia has plenty (hence the name!), as does the Hunter Valley in New South Wales. If you don’t see one in the wild, then go to one of the wildlife sanctuaries and you’ll definitely see one – you can even feed kangaroos by hand at some of them! I did this with some friends at Currumbin Wildlife Sanctuary on the Gold Coast and it was a really great experience.

Quokkas are suuuuper cute small marsupials and are very friendly towards humans, which is why a lot of tourists fall in love with them.

Where to see them: Quokkas are primarily found on Rottnest Island (a small island off Western Australia), and I guarantee that if you head over for a Rottnest Island day trip from Perth or Freemantle you will see loads of these adorable creatures hopping about the place.

There are 2 types of crocodiles in Australia. Freshwater Crocs are found inland in rivers, lagoons, and swamps, and Saltwater Crocs (the bigger, nastier version) are generally found nearer to the coast.

Getting up close to a crocodile is absolutely possible in Australia, but I highly advise you not to try and find one in the wild. If you happen to come across a ‘Danger Crocodiles: No swimming’ sign, please don’t ignore it. It wouldn’t be the first time that a newspaper headline said something like ‘Stupid tourist attacked by crocodile’.

Where to see them: Northern Territory and northern Queensland are the best places to see crocodiles. You can visit Hartley’s Crocodile Adventures near Cairns, or from Darwin you can do a jumping crocodiles cruise to see them in the wild.

In the 26 years that I lived in Australia, I saw loads of kookaburras. In fact, I just saw one a few days ago when we were staying with Rob’s mum on the Central Coast of NSW. These birds are easily recognisable with their long pointy beak and distinctive ‘laugh’.

Where to see them: Go camping or stay somewhere outside of the city to increase your chances of seeing a kookaburra in the wild. If you don’t get lucky, then any bird sanctuary or wildlife sanctuary will undoubtedly have a kookaburra.

Cockatoos (or cockies, as we call them) are cheeky Australian birds. They are usually white with pale yellow head feathers, but you might also see black cockatoos. I’ve spotted plenty of wild ones – they usually hang out in large flocks and get very noisy at dusk.

Where to see them: The other day I spotted a few cockatoos hanging out in Victoria Park in Sydney. You can actually see cockatoos anywhere in Australia, but Hamilton Island off the Queensland coast has loads of them. Staying on the island can be pretty pricey, BUT it’s a great base to see the Great Barrier Reef and the likelihood of you seeing wild cockatoos is very high!

Despite what you might think from the Looney Tunes character, Tassie devils are actually quite small, black in colour, and look sort of like large rats but significantly less ugly. They’re also known for making a rather alarming screaming/snarling noise and are often photographed with their jaw wide open.

Tassie Devils are also endangered. In the mid-1990s, a facial tumour disease spread throughout the wild population and nearly wiped them out. Luckily, there are a few conservation programs that are dedicated to saving the animals.

Where to see them: To state the obvious, you’ll see them in Tasmania, though seeing them in the wild is very rare. I lived in TAS for 22 years and never saw one. There are a few wildlife sanctuaries where you can see them. Do a day trip to Tasmanian Devil UnZoo or Bonorong Wildlife Sanctuary from Hobart, or visit Devils@Cradle at Cradle Mountain.

Wombats are fluffy marsupials that live in forests in the southeastern parts of Australia. They may look small (the one above is a baby) but these animals can get rather large when fully grown.

They’re pretty rare to see in the wild as they tend to avoid humans. Also, they might look cute but adult wombats can be rather dangerous and attack if they feel threatened, so it’s not advisable to go looking for them in the bush.

Where to see them: You can see wild wombats on a walking with wombats day tour from Sydney or a wildlife spotting after dark tour at Cradle Mountain in Tasmania. Head to the any of the wildlife sanctuaries to see wombats in captivity.

Echidnas are like little anteaters with spikes on their back. They are super cute, but tend to hide from people which can make them hard to spot. I can count only a handful of occasions when I’ve seen an echidna in the wild!

Where to see them: Echidnas are fairly elusive. You might be lucky enough to see one if you do some hiking while you’re in the southern states of Australia – I have seen a few in Tasmania at places like Bruny Island, Mt Wellington near Hobart, and the Tamar Valley near Launceston. Head to the wildlife sanctuaries if you don’t manage to spot a wild one. 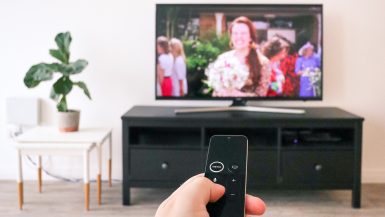 Classic Australian movies for your trip down under 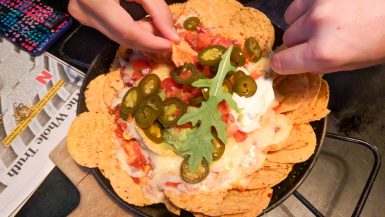 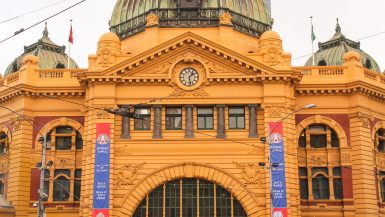 5 ways in which Melbourne is better than Sydney